What impact will the Anthony Davis trade have on the Utah Jazz and Kyle Kuzma? 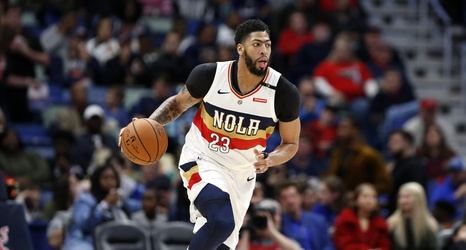 SALT LAKE CITY — The NBA’s transaction season got off to a roaring start on Saturday afternoon as ESPN’s Adrian Wojnarowski reported that the New Orleans Pelicans will trade superstar Anthony Davis to the Los Angeles Lakers for Lonzo Ball, Brandon Ingram, Josh Hart and three first-round draft picks, including the fourth overall in next week’s draft.

Although the deal does not directly involve the Utah Jazz, it’ll still surely have a big impact on the team’s standing in the Western Conference. Most notably, the Lakers will add in Davis one of the best players in the NBA to pair with LeBron James, making a fearsome frontcourt duo.