"We Are Going To Be Motivated" | A Movie Star, Hernangomez Focusing On Future 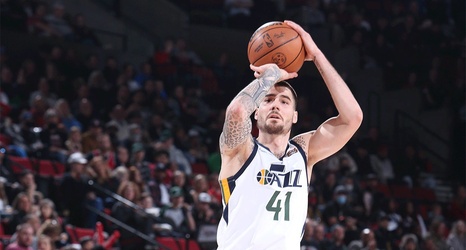 Often viewed as a throw-in during a midseason trade that sent Joe Ingles to Portland and brought Nickeil Alexander-Walker to Utah, nobody really knew what to expect from Juancho Hernangomez.

Two months later and Hernangmomez not only found his way into head coach Quin Snyder’s rotation — an incredible accomplishment given Snyder’s elite coaching — Hernangomez found himself on the court in the first round of the playoffs against Luka Doncic and the Dallas Mavericks.

Although the Jazz would eventually come up short in the postseason, falling to the Mavericks in six games, Hernangomez emerged as a major bright spot and somebody who could have a bright future in Utah.