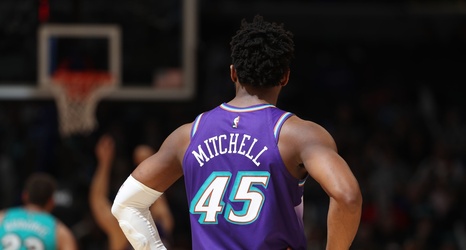 Despite the fact that he fell short of capturing Rookie of the Year honors (that honor went to second-year man Ben Simmons #PhillyTroll), there’s no doubting Donovan Mitchell had a first year for the ages. Sure, the Utah Jazz star’s Dunk Contest win put him on the map nationally, but it was his nearly unprecedented production made him a household name.

Now in year three, Mitchell continues to do things on the hardwood that have largely only been accomplished by the NBA’s greatest legends.

While his detractors would bemoan his lack of efficiency as a rookie, the fact remains that few players in the history of the league have been called upon to do as much as Mitchell during his first season with the Jazz.