Utah Jazz: The ten most golden moments in franchise history 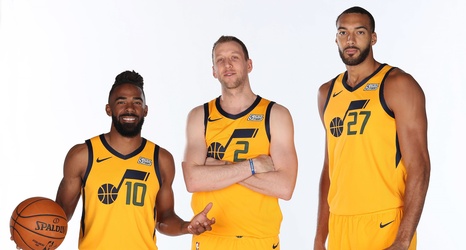 If you’re a Utah Jazz fan, you probably either love or hate the gold statement jerseys.

They were released back in the 2017-18 season as an alternate jersey to go with their blue “icon” and white “association” edition uniforms. The team released a hype video pumping up fans about the new emphasis on the golden color.

Ever since they changed their logo and colors back to the musical J-note in 2010, gold has been a part of the color scheme; it was never really emphasized except as part of the basketball in the logo and as a complimentary color next to the Jazz blue (and sometimes green) on apparel and the hardwood.