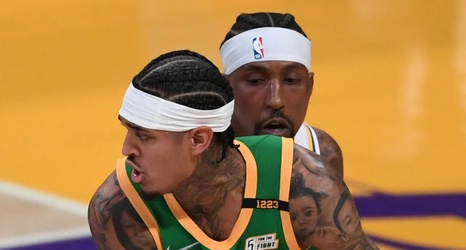 The Utah Jazz (42-15) finish off an away-and-away against the LA Lakers (35-22) tonight, again in the Staples Center. Surprisingly, this game against the Lakers is also televised nationally on ESPN, a strange move given that Saturday’s game was also televised. Neither Lebron James nor Anthony Davis back will be back for this game, despite rumors that Davis might return earlier than his Thursday April 22nd target date. The Jazz are still also a bit beat up, with Donovan Mitchell, Elijah Hughes, and Udoka Azubuike still out and a number of reported nagging injuries to Ersan Ilyasova, Mike Conley, and Derrick Favors.