The RoundUp—Utah Jazz can't overcome first-half woes in Toronto, fall to the Raptors 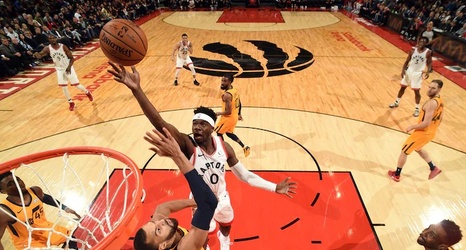 TORONTO — Mike Conley had dinner at the home of Marc Gasol, his friend and former teammate, on Saturday night.

“His daughter and son ran me to death,” a smiling Conley said before Sunday’s game. “They were running around the house. They were happy to see me. I was happy to see them. Everybody was happy.

As for the game itself? Gasol and his squad weren’t quite as hospitable.

The defending champs jumped on the Jazz early. A 15-0 run during a 3-minute stretch in the middle of the first period put Toronto up 28-11.