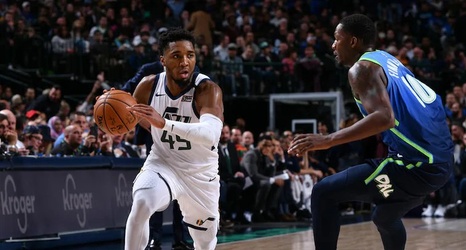 Another night, another tough victory for the Utah Jazz, who built a big first-half lead and then held on for a 123-119 road win over the Dallas Mavericks on Monday.

The Jazz (35-18) have now won three straight games and sit in fourth place in the Western Conference standings.

For the fourth straight game, Utah held onto a substantial second-half lead only to see it slip away in the closing minutes. Against the Mavericks, the Jazz led by 18 in the fourth quarter before Dallas' late run came up just short.

"Early on I think we did a great job rotating defensively, and we scored so it was easier to get back," Jazz assistant coach Alex Jensen said.