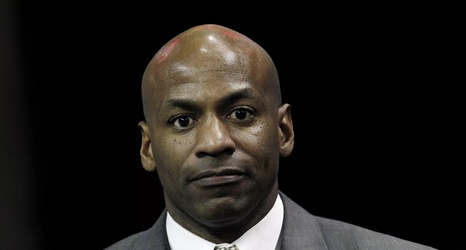 SALT LAKE CITY — As the Utah Jazz need to bolster their coaching staff, they’ll reportedly be turning to two people who head coach Quin Snyder is very familiar with.

ESPN’s Adrian Wojnarowski reported Friday afternoon that the Jazz will hire Dell Demps as an assistant coach and Keyon Dooling as a player development coach.

Demps is most known in NBA circles as a longtime executive, but someone who Wojnarowski reported has been looking to get into coaching. From 2010-2019, Demps was the general manager of the New Orleans Hornets/Pelicans, but was let go amid the saga of whether or not the team was going to trade All-Star Anthony Davis (the Pelicans did after Demps’ departure, sending Davis to the Los Angeles Lakers).