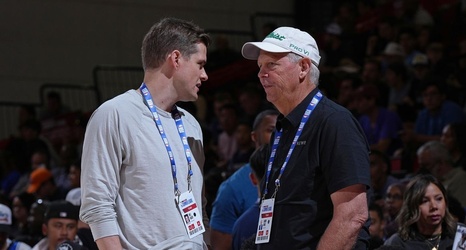 According to Tony Jones and Shams Charania, the Utah Jazz and New York Knicks have re-engaged in trade talks centered around Donovan Mitchell.

After several weeks of no conversations, the Knicks and Jazz recently re-engaged in trade talks centered on Donovan Mitchell, sources tell me and @Tjonesonthenba.

According to Jones, the Jazz and Knicks have had conversations in the last week but there are hurdles that remain.