Morning Links: Why the Utah Jazz could be next year’s NBA award night darlings 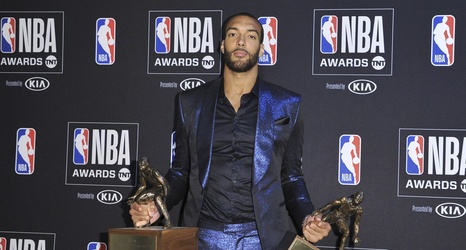 SALT LAKE CITY — The Milwaukee Bucks had a pretty spectacular night at the 2019 NBA Awards on Monday.

Giannis Antetokounmpo was named the association’s MVP, head coach Mike Budenholzer earned Coach of the Year honors — the second award win of his coaching career — and general manager Jon Horst walked away with some hardware himself, after being chosen as Executive of the Year.

All told, three of the six major awards went to the Bucks, who won a league-best 60 games this season.

The Utah Jazz may very well be in line for the same thing come next June.