Juancho Hernangomez, a surprising bright spot for the Utah Jazz 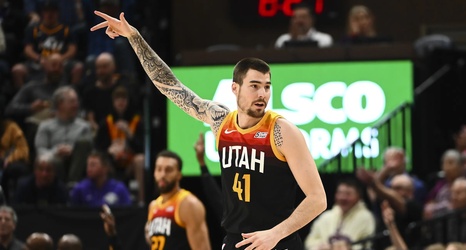 In February, the Utah Jazz traded Joe Ingles and Elijah Hughes to the Portland Trail Blazers for Nickeil Alexander-Walker and Juancho Hernangomez. This was widely viewed as a financial deal rather than a basketball one, but some thought Utah won the deal by getting Alexander-Walker, a young and talented scorer.

A couple of months later, we see a different story play out. Quin Snyder, who has been desperate for more defense from his rotation players, has inserted Juancho Hernangomez into the rotation. At first, he was only getting minutes due to injuries. However, in the last few games, he has become the de facto backup power forward rather than Rudy Gay.