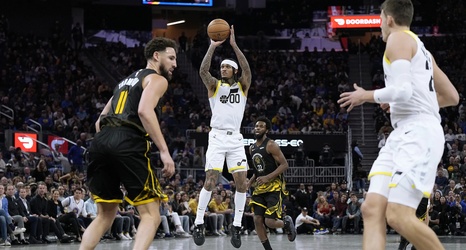 The Utah Jazz dropped their third straight game Friday night, falling to the defending NBA champs the Golden State Warriors. It was a valiant effort by the Jazz but they just could not keep up with hot shooting of Stephen Curry and Klay Thompson who each dropped six three pointers on Utah. Losses are never fun, but they are especially not fun when they happen near an otherwise great holiday such as Thanksgiving. At least the team will have one more chance to redeem themselves and get at least one win during Thanksgiving weekend on Saturday night.