Have the Utah Jazz made enough of an impression to keep Jordan Clarkson? 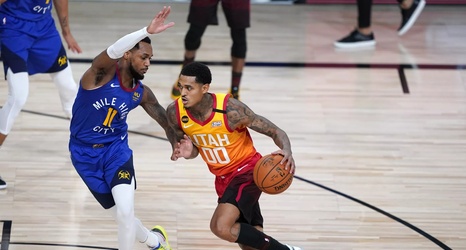 SALT LAKE CITY — Jordan Clarkson has long been an admirer of Donovan Mitchell.

During Mitchell’s rookie season, he and Clarkson ran into each other in Los Angeles, where Clarkson lives during the offseason and where he played for the Lakers up until the trade deadline of 2018.

Clarkson told Mitchell he was impressed with how he was playing and becoming a leader so early in his career.

“I just told him that I respect him for everything,” Clarkson said.

After being traded for the second time in his career, this time to the Utah Jazz in December, Clarkson was in awe of Mitchell as a teammate.