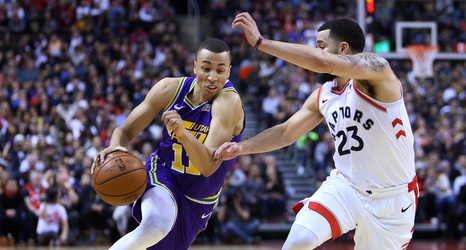 The Toronto Raptors may no longer be as daunting as they were last season when they won the NBA Championship now that superstar Kawhi Leonard is suiting up for the LA Clippers, but they’ve still been exceptionally solid this season. On the backs of Pascal Siakam and Fred VanVleet, the Raptors have gotten off to an incredible 14-4 start, the second-best mark in the Eastern Conference.

The Raptors have gotten to that start thanks to their possessing the league’s seventh-best offensive rating (110.4), second-best defensive rating (102.1) and third-best net rating (8.