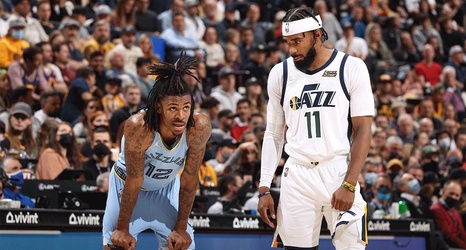 It may be a few days before Thanksgiving, but the atmosphere inside Vivint Arena on Monday night was like a game in mid-May.

Rather than it being a month into the season, the battle between Utah and Memphis felt like a playoff game, with the raucous crowd making it deafening late in the fourth quarter.

But unlike the last time these two teams met in the playoffs, the Jazz heartbreakingly fell 119-118 to the Grizzlies.

"We let up as a team, and that's when it went bad," Donovan Mitchell said postgame. "We just can't let up, that's the biggest thing.