Could trading for Domantas Sabonis put the Jazz on another level? 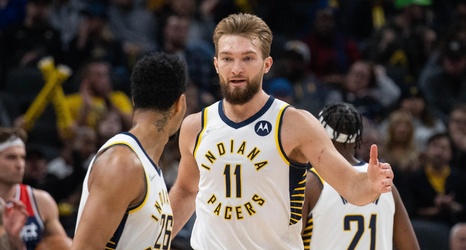 The Athletic reporters Shams Charania and Bob Kravitz dropped a minor bombshell Tuesday afternoon in saying that the Indiana Pacers are “moving toward a substantial rebuild and are expected to open up trade conversations around some of their veteran stalwarts.”

The Utah Jazz are looking to be a distant third place behind the surging Golden State Warriors and red-hot Phoenix Suns. If the front office deems it fit to make a mid-season move, are any of these “veteran stalwarts” an option?

According to Charania and Kravitz, the three most available names are center Myles Turner, forward/center Domantas Sabonis and wing Caris LeVert.