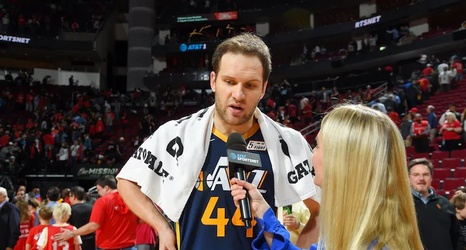 Bogdanovic ruptured the scapholunate ligament in his right wrist early in the 2019-20 season but had played through it during his first campaign with the Jazz. After receiving multiple medical consultations, Bogdanovic opted to have surgery. The procedure was performed at Hospital for Special Surgery in New York City by orthopedic surgeon Dr. Michelle Carlson.

Bogdanoviu0107 will begin his rehabilitation at the appropriate time and will remain out indefinitely. Further updates will be provided as needed.

In his first season with the Jazz, the sixth-year forward is averaging a career-high 20.