As usual, Utah Jazz pick the hard way in the playoffs 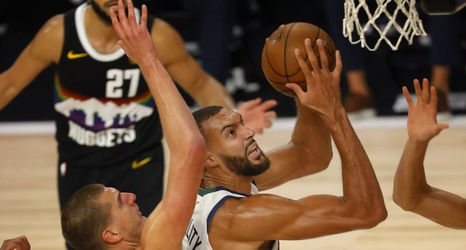 SALT LAKE CITY — This column was supposed to be a fun one for Utah Jazz fans to read, which would have been a rarity considering what point of the series their team was in.

Through most of the three quarters of Game 5 against the Denver Nuggets on Tuesday in Orlando, it looked like the Jazz were going to wrap up their most-efficient and most-dominant series victories in a long, long time. And, as you’ll see, those kind of playoff wins are not common for Utah — yes, even, back in the good-old days when Hall of Famers roamed freely through the Salt Palace and Delta Center.