After Dec 4, Utah Jazz will get nice schedule reprieve 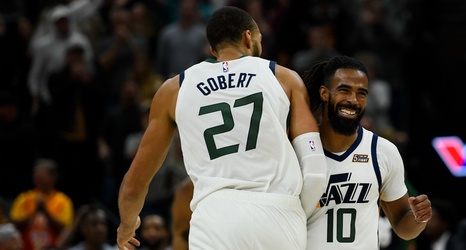 A good number of Utah Jazz fans have felt no small amount of consternation about the way their team has started out the year. And while it’s far, far too early to come anywhere close to panicking, when considering all the hype the Jazz received this offseason, it’s not hard to see why some fans would be worried about the inconsistent nature of the start of the season.

On one hand, the Jazz have played a tough schedule and have still managed a nice 12-7 start, which is considerably better than they were heading into their 20th game a year ago.