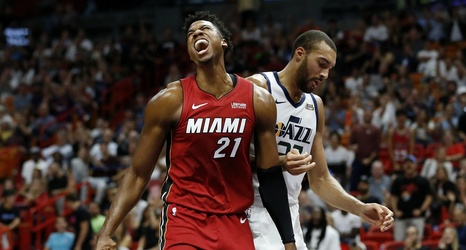 Last season ended in heartbreak. The last thirty seconds of game five against the LA Clippers haunts my nightmares. It was over long before that, but man. It wasn’t supposed to end that way. My heart sank into my stomach. Jazz fans, myself included, spent the next few days replaying it over and over. What went wrong? Was it Mike Conley’s injury that kept him off the court for most of the series? Donovan’s lingering pain from his ankle injury? Quin Snyder’s affinity for tight black pants and Gucci belts overtaking his ability to make any timely adjustments? A fictitious unsalvageable relationship between our two stars that maybe wasn’t fictitious at all?