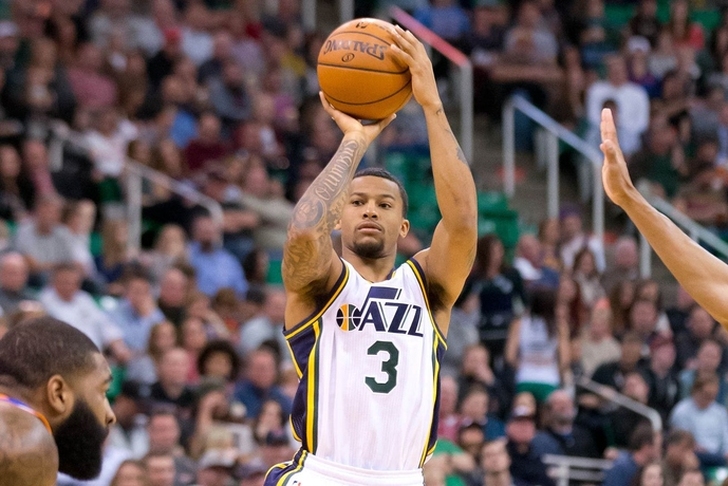 NBA free agency starts in just two days and the Utah Jazz are in the market for rotation players. They've already pulled off a trade for George Hill and while they won't land a max contract player, they could sign a depth piece or two. Here are all the latest Jazz rumors and news you need to know.

Utah is making G Trey Burke available via trade, league sources say, after the recent deal for George Hill and with Dante Exum coming back.

As Stein hints at, the presence of Hill and Exum makes Burke expendable. He was the No. 9 overall pick out of Michigan in the 2013 NBA Draft, but averaged a career-low 10.6 points per game last year. However, he's coming off his best shooting percentage season ever. It's unclear what the Jazz are looking for in return.

Jazz Want Solomon Hill?
One player the Jazz are interested in is Pacers forward Solomon Hill. He'll be an unrestricted free agent and the Salt Lake Tribune reports his market will be "fertile." His versatility is a major factor in that, and he's looking for a contract between $9 and $13 million. The Jazz can afford that, but it remains to be seen if they're willing to pay that much to a bench player.

Jazz Interested in Luol Deng?
Deng is an unrestricted free agent, and the 12-year veteran will soon be looking for his next home. One team interested in Deng is the Jazz.

Another player I've heard from sources about the Jazz being interested in come free agency: Luol Deng.

Larsen's tweet comes on the hells of the interest in Hill, although it appears Hill is the preferred target. Deng would provide a strong veteran presence and wing depth for the Jazz.

Follow our Utah Jazz team page for all the latest Jazz Rumors or download the Chat Sports App!