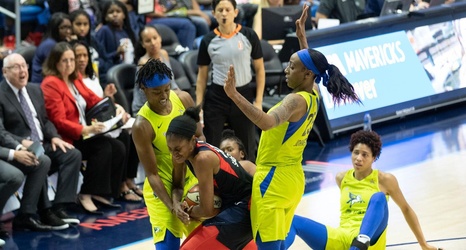 The Wings came into the game having been eliminated from postseason contention when the Phoenix Mercury locked up the WNBA's final playoff spot Thursday. That didn’t stop the Wings from making things difficult for the Mystics in the fourth quarter, outscoring the visitors 22-8 as they cut a 23-point deficit down to six.

Head coach Brian Agler said he wishes the team had its late sense of urgency throughout the entire game. His lineup of three rookies — guard Arike Ogunbowale, and forwards Kristine Anigwe and Megan Gustafson — impressed him as during Dallas’ comeback bid in the fourth quarter.