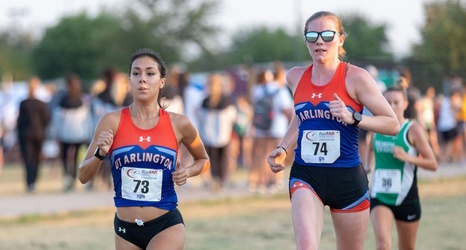 DALLAS — The cross-country teams delivered top-two performances in the 5-kilometer race when they competed at the Gerald Richey Invitational on Saturday at the Jesse Owens Memorial Athletic Complex.

The women’s team won the meet with 38 points, while the men totaled 29 points to finish second behind the University of North Texas.

Junior Madeleine Rowe paced UTA, finishing fourth overall and clocking in at 18:35. Freshman Mathilde Ruud placed sixth in 18:43, immediately followed by senior Shayla Huebner at 18:51 and sophomore Valeria Diaz in 18:55. Freshman Sofia Santamaria rounded out the scoring, placing 13th with a 19:18 time to give UTA its first women’s title of the season.