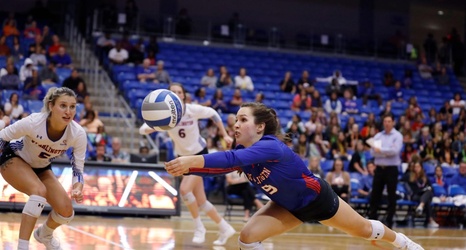 St. Germain averaged 6.38 digs in two games over the weekend. Her 23 digs and two assists played a key role in UTA’s 3-0 victory over the University of Arkansas at Little Rock on Sunday.

The Mavericks clinched a spot in the Sun Belt Volleyball Championship tournament with the win over Little Rock. UTA is currently third in the Sun Belt’s West Division standings.

St. Germain and the Mavericks will travel to San Marcos to take on the West Division leading Texas State Bobcats at 6:30 p.