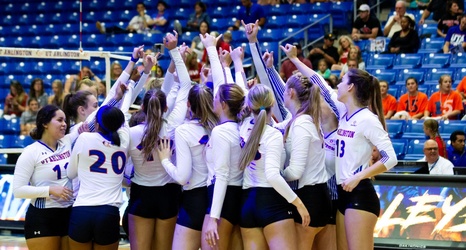 The volleyball team (3-1) opened the 2019 Maverick Classic with a sweep of the University of the Incarnate Word on Friday at College Park Center.

Wenger said despite being targeted by Incarnate Word , Jedlicka passed and hit well, ending the night with a match-leading 11 kills and two service aces. He described Fisher’s showing as a “monster match.” The freshman notched 10 kills for the first time this season.