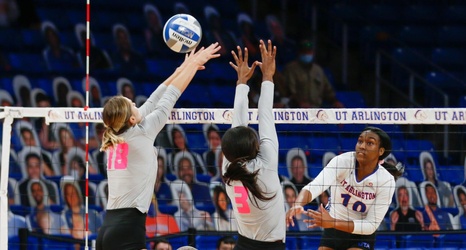 The volleyball team (0-3) competed in the Abilene Christian University Invitational over the weekend.

UTA dropped their first match in the tournament 3-1 against the University of the Incarnate Word on Friday.

Junior outside hitter Brooke Townsend led the Mavericks in kills with 12, and Nya Blair had the highest hit percentage at 30.7%.

Freshman setter Mollie Blank led the Mavericks in assists in 2020 with 502. She led the way against the Cardinals on Friday with 25 assists.

The Mavericks dropped the first set 27-25 but bounced back in the second set to win 25-19.