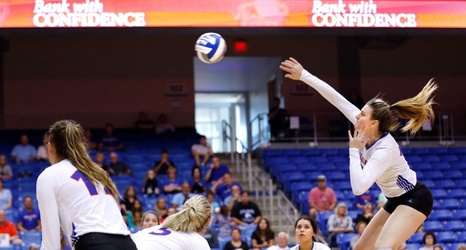 Many rallies in volleyball will look like this — some longer, some shorter. Head coach J.T. Wenger said the goal of every rally is to terminate it, and the secret to getting there is efficiency.

There are multiple ways to terminate in volleyball, and that’s where the team’s attackers play a big role, Wenger said. A good attacker must be efficient and look to avoid errors.

UTA has notched 296 kills in six matches this season. The Mavericks have a 0.225 hitting percentage, just shy of the 0.250 Wenger is aiming for this season.