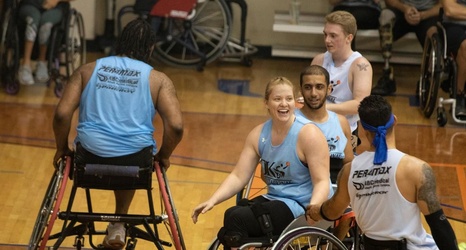 Over the weekend, UTA hosted the largest 3-on-3 wheelchair basketball tournament in the world.

Twenty-one teams participated in the tournament, and four teams received cash prizes and product awards. Members of the Movin’ Mavs and Lady Movin’ Mavs teams, professional players and veterans took the court in the competition.

The Bulls, a team comprised of Movin’ Mavs’ sophomore Bryce Cruz and professional players Brian Bell and Justin Larson, claimed the $3,000 first place prize after defeating the Heat, a team made up of Rose Hollermann, U.