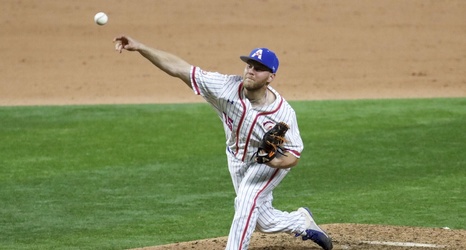 The game was at a stalemate for the first two and a half innings, with both teams being held scoreless.

It wasn’t until the bottom of the third inning that the Mavericks put up the first run, when junior infielder Boone Montgomery scored from third base on a wild pitch, giving UTA an early 1-0 lead.

After pitching five scoreless innings, junior pitcher Carlos Tavera was relieved, and the bullpen was given the task of closing the game.