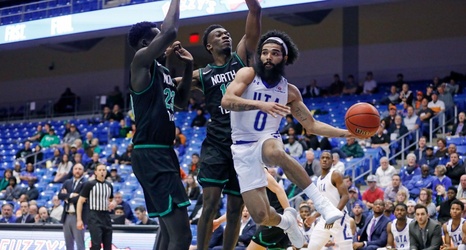 UTA picked up its first and only lead when it went ahead 4-0 in the game’s opening minutes. The Mean Green responded with an 8-0 scoring run to gain a lead, and they never looked back.

The Mavericks went down by double digits in the first half as North Texas defended UTA’s interior offense well. UTA scored six points in the paint and shot 31% from the field before going into the halftime break with a 35-23 deficit.