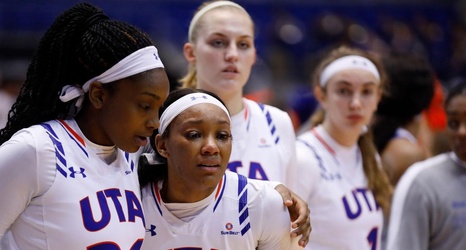 The Jaguars advance to the semifinal round of the Sun Belt Women’s Basketball Championship in New Orleans, Louisiana, where they will face the No. 2 seeded Coastal Carolina University.

The meeting was a rematch of last year’s semifinal matchup in the conference tournament, where South Alabama topped UTA 57-50. The Jaguars advanced through each round of the tournament bracket to reach the final.

South Alabama head coach Terry Fowler said his plan was to zone out UTA’s offense and stifle senior guard Marie Benson, forcing UTA outside the paint and into contested shots.