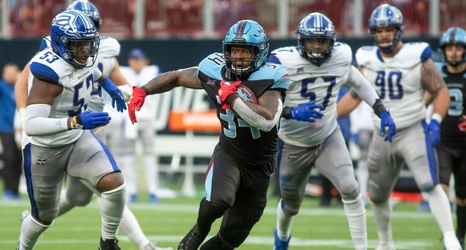 A stadium that was once known for home runs and strikeouts saw touchdowns and kickoffs for the first time on Sunday.

The XFL’s Dallas Renegades hosted the St. Louis BattleHawks in their regular season opener, marking the debut of Globe Life Park as a football stadium.

Formerly the home of the Texas Rangers, Globe Life Park hosted its last baseball game on Sept. 29, 2019. The venue became the new home of the Renegades in December 2018.

Renegades running back Lance Dunbar, a University of North Texas alumnus, said he wasn’t surprised by the 17,206 fans who went to the stadium for his team’s first game.