Mavericks fall to the University of California, Santa Barbara 72-68 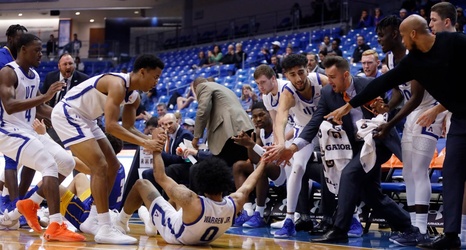 The men’s basketball team (4-6) needed something to snap out of its recent funk.

Saturday’s matchup against the University of California, Santa Barbara did not help matters, as UTA fell by a score of 72-68.

“Our effort was better, much better than the North Texas game.