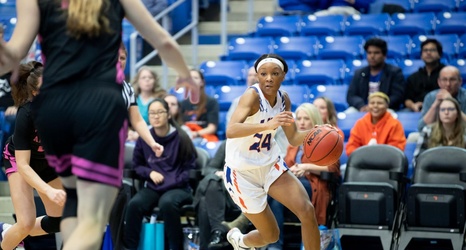 The UTA Lady Mavericks (13-9, 7-3) had the Appalachian State Mountaineers running circles in their 63-44 rout Thursday at College Park Center.

The win was dedicated to the three young basketball players — Gianna Bryant, Alyssa Altobelli and Payton Chester — who died in a helicopter crash on Jan. 26 along with former NBA star Kobe Bryant and five others.

The names and numbers of the players were put on UTA jerseys and set alongside the UTA bench, having never gotten the chance to play college women’s basketball.

“Those little girls were on their way to a basketball tournament,” head coach Krista Gerlich said.