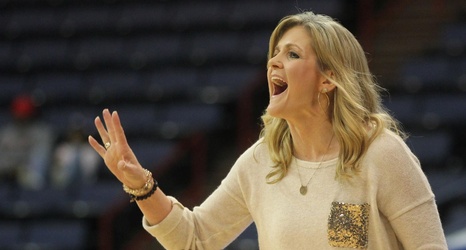 Krista Gerlich is leaving UTA to take over as the new women’s basketball head coach at Texas Tech University.

Gerlich was hired as the UTA women’s basketball head coach in 2013, compiling a 121-94 record throughout seven seasons with the Lady Mavericks. She became the winningest coach in program history during the 2019-20 season.

Former assistant coach Talby Justus said he initially learned about Gerlich taking the job at Texas Tech on Monday night. Justus, who was hired as an assistant at UTA prior to the 2013-14 season, spent seven years helping Gerlich rebuild the women’s basketball program.