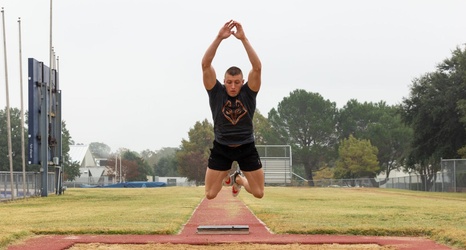 What began as a joke between a group of friends turned into a record-breaking reality for junior jumper Brett Williams.

The track and field athlete holds the Guinness World Record for the highest standing jump, an achievement that Williams said took three years of training to achieve.

“It’s just kind of a weird feeling,” Williams said. “It’s awesome, but it just hasn’t set in yet.”

Williams said he first noticed how close he was to the record when he would box jump at a gym with his friends.

After successfully jumping on boxes that were stacked higher on each attempt, Williams said the gym owner notified him that he was only 13 inches away from the record.