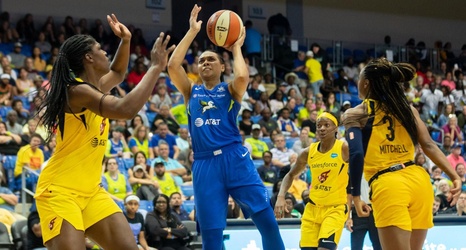 The Wings have lost each of their four games against the Fever this season — three during the regular season and once in preseason. Tonight, they were outscored in each period, with Indiana’s 20 fast break points proving particularly deadly for Dallas’ two.

“There’s a certain way we have to play to play well,” he said.