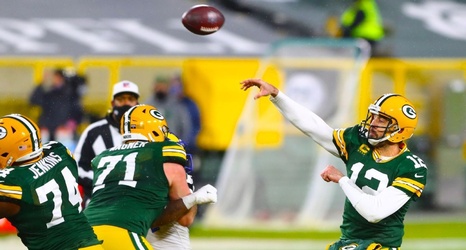 GREEN BAY, Wis. -- For all that Aaron Rodgers has accomplished in his Hall of Fame career, there's one thing he has never done: play in an NFC Championship Game at Lambeau Field.

Come back next Sunday to see him check that off his list. Rodgers and the top-seeded Green Bay Packers (14-3) will play for a berth in the Super Bowl against either the New Orleans Saints or the Tampa Bay Buccaneers.

And the Pack will do so on their own turf thanks to Saturday's 32-18 win over the Los Angeles Rams at Lambeau Field, where fans -- 8,456 of them -- were allowed in for the first time all season.