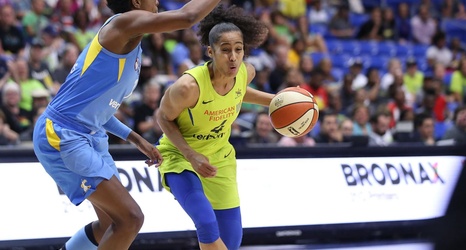 The Dallas Wings have traded Skylar Diggins-Smith to the Phoenix Mercury.

Dallas will receive a 2020 fifth pick, a 2020 seventh pick via Seattle and a future first round pick as a result of the trade.

The trade comes after Diggins-Smith told the Associated Press that she didn’t want to play in Dallas anymore.

Diggins-Smith, a four-time WNBA all-star, has been the face of the franchise since 2013, when it was known as the Tulsa Shock.

Throughout her career, Diggins-Smith has averaged 15.9 points and 4.9 assists per game.

The former University of Notre Dame star sat out of the 2019 season after giving birth to a son.