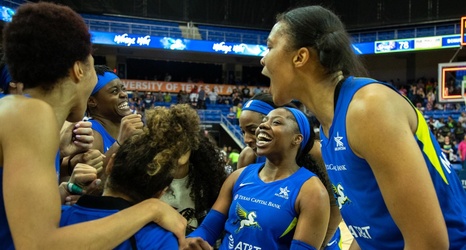 Sitting half a game back of the eighth seed with a 10-14 record, the Dallas Wings are in a position to make a push late in the season that could possibly result in a playoff appearance for the first time since 2018.

This year, Dallas has been led by Arike Ogunbowale, 2021 All-Star Game MVP guard, who is averaging 18.6 points, 3.4 assists and 3.2 rebounds per game. Her impact has made the Wings a competitive team this year.

Another bright spot for the Wings this season is forward Satou Sabally, who made her All-Star Game debut this season after coming off a strong rookie campaign in 2020 where she recorded five double-doubles and averaged 13.