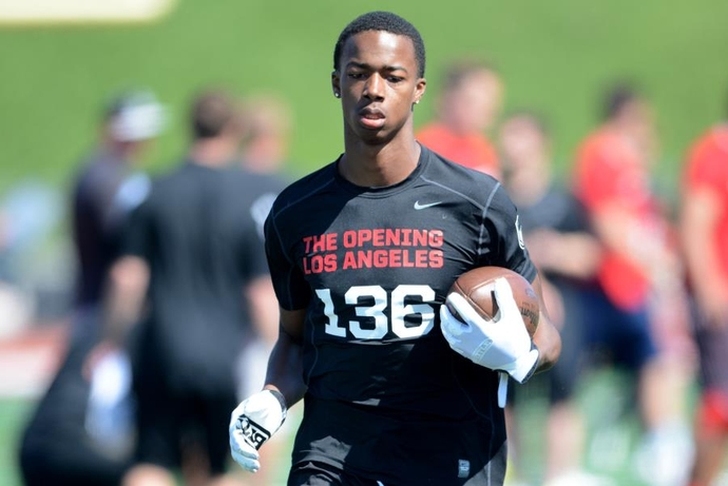 The USC Trojans already boast one of the top recruiting classes in the country, but they're far from done, making a strong push during the last month of recruiting as we heads towards National Signing Day on February 3. Here's all the latest news and rumors you need to know:

Top WR commit to visit Alabama
Four-star WR Tyler Vaughns (La Puente, CA), the top wideout prospect in the country, committed to USC in August, but has still been heavily pursued by several other schools.

“Alabama, Texas A&M and Washington State, have been really trying to get me out there,” Vaughns said, via 247sports. “I’m going on a visit on January 21st to Alabama.”

Just seeing Alabama. What is there not to like? It’s Alabama. It’s Nick Saban; he’s a great coach. Lane Kiffin does great with receivers.”

DE decommits from USC
Three-star defensive end Keanu Saleapaga (La Mirada, CA) announced his decommitment from the Trojans earlier this week, saying he's "looking to explore all of his options."

Mississippi State, South Carolina, Georgia, Syracuse, Kansas, SMU, and Arizona State have all shown interest in Salepaga since the announcement, according to 247sports.

Four-star FSU commit to visit USC
Four-star ATH Jamel Cook (Miami, FL) gave his verbal commitment to Florida State in February, but that hasn't stopped him from making some moves on the recruiting trail. He is scheduled to make two more official visits before National Signing Day on Feb. 3, visiting USC on Jan. 22 and LSU on Jan. 29.

The four-star recruit is ranked as the No. 10 athlete and No. 135 overall recruit in the country.