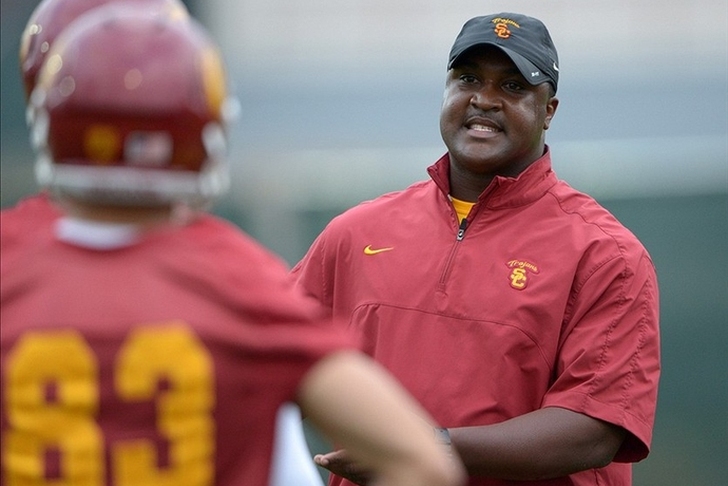 Now that Clay Helton is the full-time head coach of the USC Trojans, he's starting to assemble his coaching staff. One of his first moves is hiring Tee Martin as offensive coordinator.

The school announced Friday that Martin was promoted from wide receivers coach to offensive coordinator. Martin has served as wide receivers coach since 2012 at USC. He was a nominee for the Broyles Award this year, which is given to college football's best assistant coach.

Before taking over at USC, Martin spent two seasons as the WRs coach at Kentucky. He also spent a year at New Mexico as the QBs coach. He started coaching at the FBS college level in 2009.

Martin had a very successful playing career. Martin won a national championship with the Tennessee Volunteers the year after Peyton Manning left the school. Martin was a fifth round pick by the Pittsburgh Steelers in the 2000 NFL Draft. He was one of the six QBs taken before Tom Brady that year. Martin never played a down in the NFL, but did see action in NFL Europe.