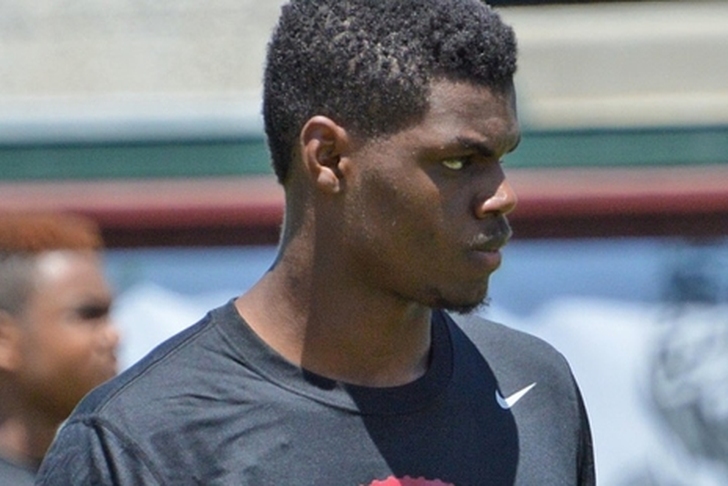 Four-star 2017 Los Angeles Bishop Mora Salesian athlete Rahyme Johnson committed to the UCLA Bruins late last month, and while there's plenty of time for a flip in the next year and a half, don't expect the USC Trojans to place Johnson's coaches on speed dial.

Johnson later deleted the tweet, but the picture link had contained a photo of Johnson setting fire to all of his USC gear to show his seriousness about his commitment to UCLA.

Johnson is currently listed as the nation's # 267 overall prospect and #30 in California per the 247Sports Composite Rankings for the 2017 class.