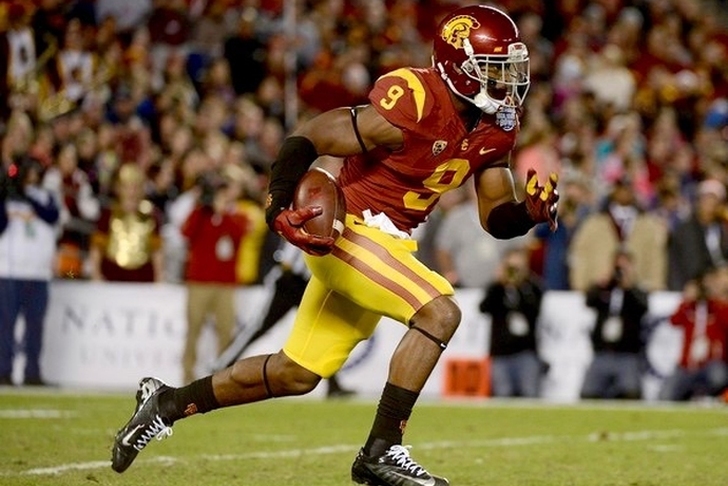 The USC Trojans will host the Washington Huskies tonight after having a bye wek last week, but there's still plenty of news and rumors surrounding the program. Here's the latest coming into tonight's game:

Five-star defensive tackle target Dexter Lawrence said that he wants to be an early enrollee at whatever school he commits to, but won't make a decision until December "after the state title game."

Lawrence said that none of the teamsd that have offered him are really sticking out, but says the Trojans are right in it.

He is ranked as the No. 3 overall recruit in the country in the class of 2016.

Four-star linebacker and USC commit Daelin Hayes, who is the No. 8 outside linebacker in the country, will play in the U.S. Army All-American Bowl.

“This is a goal I set back in the eighth grade before I even stepped foot on a high school campus,” Hayes said. “It means the world. I’m honored and blessed to be in this position. The Army Bowl is the top of the top. As far as high school accomplishments it doesn’t get any better than that.

"It’s going to be an honor. These guys lay their lives on the line for our country every single day. As far as football goes this is miniscule as far as the sacrifice they put in for our country. It will be an honor to meet them, talk with them and represent them to the best of my abilities.”

USC wideout JuJu Smith-Schuster was one of 15 receivers added to the Biletnikoff Award, which is given annually to the nation's best receiver, watch list after the first five weeks of the season.

He has been the Trojans' No. 1 receiver all season, catching 27 passes for 537 yards and six touchdowns through four games. His 537 yards are the sixth most in the country despite playing one less game than most teams.