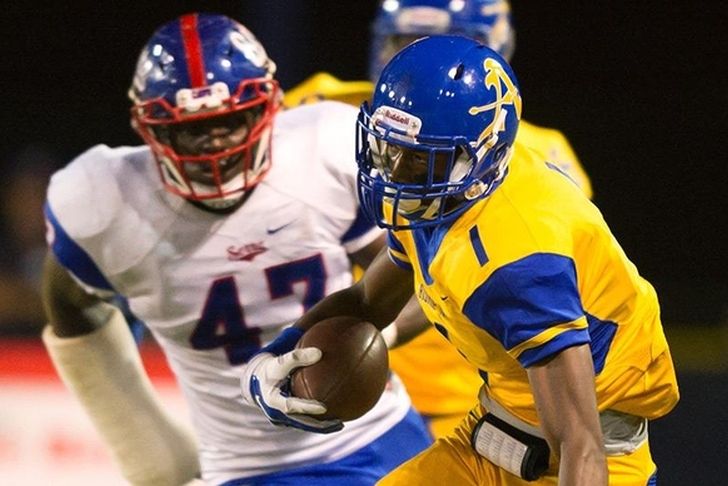 The USC Trojans may have lost their anointed quarterback of the future, Ricky Town, to Arkansas on a Friday transfer. However, it may not matter who is throwing the ball over the next couple of years with the beyond-impressive haul of wide receivers USC has brought in for the Class of 2016.

"The 2016 wide receiver class for USC is at another level compared to anyone else in the conference or for any other program in the nation for that matter," SBNation's Jamie Uyeyama wrote recently. "The addition of Tyler Vaughns, who may have the best ball skills out of anyone in the nation, to an already great group of four that were already committed, should give defensive back coaches in the Pac-12 nightmares in the coming years."

Most of USC's current commits are four-star wideouts, with the exception of talented three-star Velus Jones. Things could get even better if the Trojans somehow flip four-star Oregon commit, Theo Howard.

Howard has been connected to USC in recent days and it appears that the only thing stopping a flip could be whether or not USC is willing to add another receiver to an already jam-packed class.