USC Football News: What We Learned From The Trojans' Week 1 Win 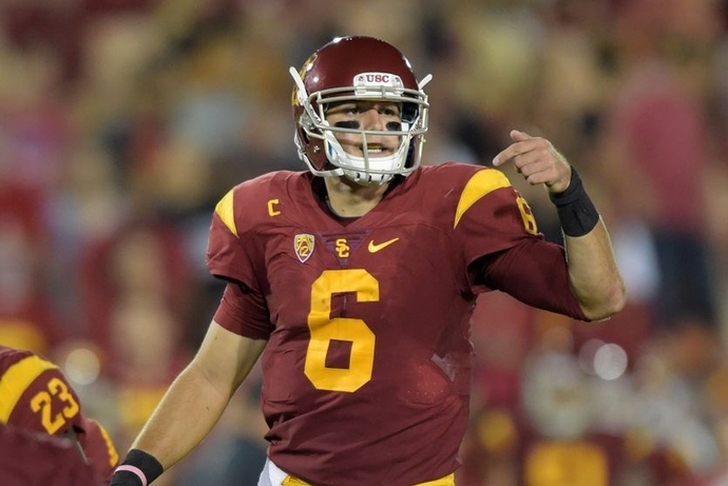 The USC Trojans defeating the Arkansas State Red Wolves was not a surprise. The final score of 55-6 was a bit surprising, as the Trojans weren't favored by quite that much. Despite the game not being much more than a tune-up, here are three things we learned from USC's Week 1 win.

Five sacks are too many to allow against the Red Wolves. Every starter returns from last year, but this offensive line must get better by the time Pac-12 play starts. If they don't, USC could be in trouble.

Cody Kessler Has Room For Improvement

Looking only at the box score, Kessler completing 19 of 26 passes for 236 yards, four TDs and no picks looks pretty stellar. However, Kessler missed on several deep balls. Those missed chances could cost USC in games against better competition. Kessler was still accurate on his short to midrange throws, which is what we saw last year. The next step in Kessler's development is the deep ball and he showed he still has some room for growth in that department.

USC played 13 true freshmen in the season opener, a surprisingly high amount. Running back Ronald Jones II looked like the best the group, picking up 86 yards on only six carries. USC brought in a well-regarded recruiting class and it looks like those freshmen will have a chance to make an impact early.

Follow our USC Trojans page for all the latest USC news and rumors!