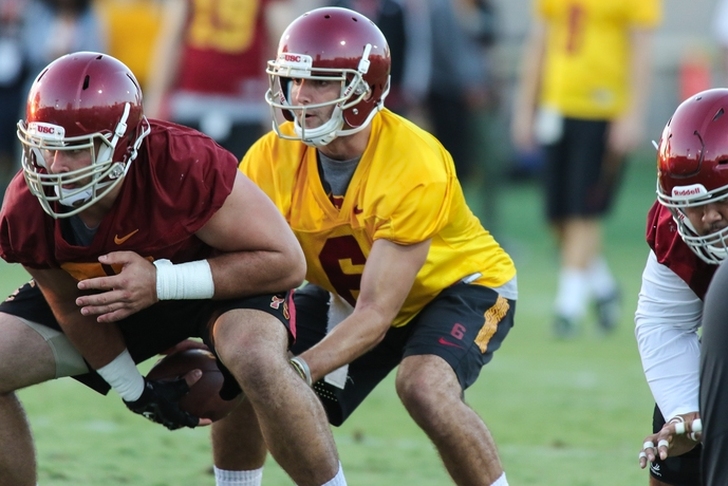 The USC Trojans are the favorite to win the Pac-12 in 2015, which would put them in prime position to make the College Football Playoff. However, their production in fall camp will give us the first indication of just how good they'll be this year. Here's what we've learned so far:

Chad Wheeler played left tackle with the first team for most of Saturday’s practice, with Toa Lobendahn playing different positions along the line. Early in practice, Lobendahn was the second team center, while usual backup centerr Khaliel Rodgers played right guard with the first team in place of Viane Talamaiavao, who hurt his hamstring earlier in the week. This shows that the Trojans don't have a set offensive line, and they're trying to figure out any combination that works.

Alex Wood has leg up in kicking competition

Wood had a much better day than Matt Boermeester on Saturday, solidifying his advantage in the kicking competition. The duo tried field goals of 32, 37, and 42 yards, with Wood hitting all three while Boermeester missed his 37-yard attempt due to pressure from the defense’s block attempt.