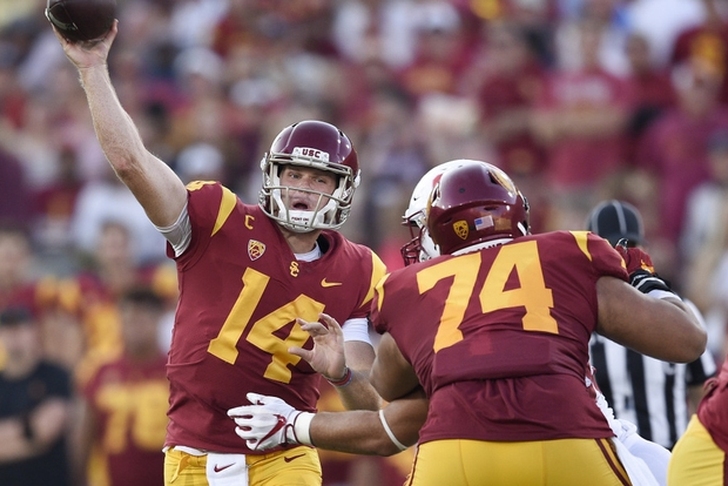 The USC Trojans won't be playing in the College Football Playoff this season but will still be in a very good bowl game - especially if they win the Pac-12 Championship Game. They've already finished the regular season with a 10-2 record, meaning there are several bowl games they could be headed to depending on the outcome of that title game. So, who can they expect to play? Here are the 3 most likely bowl opponents for USC this year.

Ohio State Buckeyes
While this would be a traditional Rose Bowl matchup, it could take place in the Fiesta Bowl or Cotton Bowl this year with the Rose Bowl being used for one CFP semifinal. There's no need to break down what the allure of this game would be - two of the elite programs in the country with rosters full of NFL talent. Both had playoff expectations for the season, but facing each other in a New Year's Six bowl would certainly be a great consolation prize.

Penn State Nittany Lions
If not Ohio State, Penn State presents a good option from the Big Ten. They're destined for a New Year's Six bowl as long as they don't fall to Maryland this weekend - and who doesn't want a rematch of last year's epic Rose Bowl?

TCU Horned Frogs
This matchup could happen in a New Year's Six bowl, or it could in the Alamo Bowl if the Trojans were to lose the Pac-12 title game. The Horned Frogs would obviously not be the marquee opponent USC would hope for, but they're a quality team from the Big 12. It could also be a matchup between two conference champions should TCU upset Oklahoma in the Big 12 Championship.