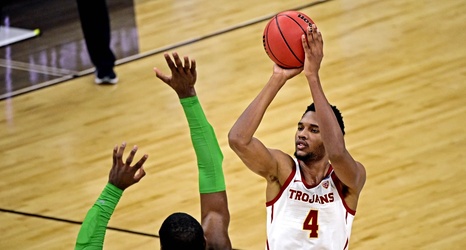 On to the Elite Eight!

Isaiah White had 22 points, while Tahj Eaddy chipped in with 20 as the USC Trojans defeated the Oregon Ducs 82-68 to advance in the NCAA Tournament.

It’s the first time the Trojans have made it this far since Henry Bibby led USC to the Elite Eight 20 years ago.

The Trojans were impressive in every facet of the game against the Ducks. USC shot 58.5 percent from the field and 10-of-17 from the 3-point line.

The Pac-12 rivals were neck-and-neck to start the game as the Ducks held a 17-16 lead less than minutes into the first half.