USC vs. Gonzaga preview and how to watch: Can Trojans pull off the massive upset? 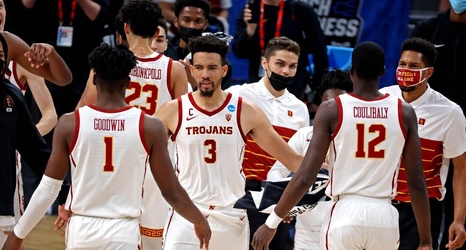 The No. 6 seeded USC Trojans are big underdogs going into their Elite Eight matchup against the No. 1 overall seed, the Gonzaga Bulldogs.

USC is coming off an impressive 82-68 win over Pac-12 rival Oregon in the Sweet 16. There is no doubt that Gonzaga provides a much more difficult challenge than the Ducks.

The Bulldogs are 29-0 for a reason as head coach Mark Few looks for that elusive championship. Gonzaga is the highest-scoring team in the nation (89.3 points per game) and has been dominant so far at the NCAA Tournament, winning three games by an average of 25.